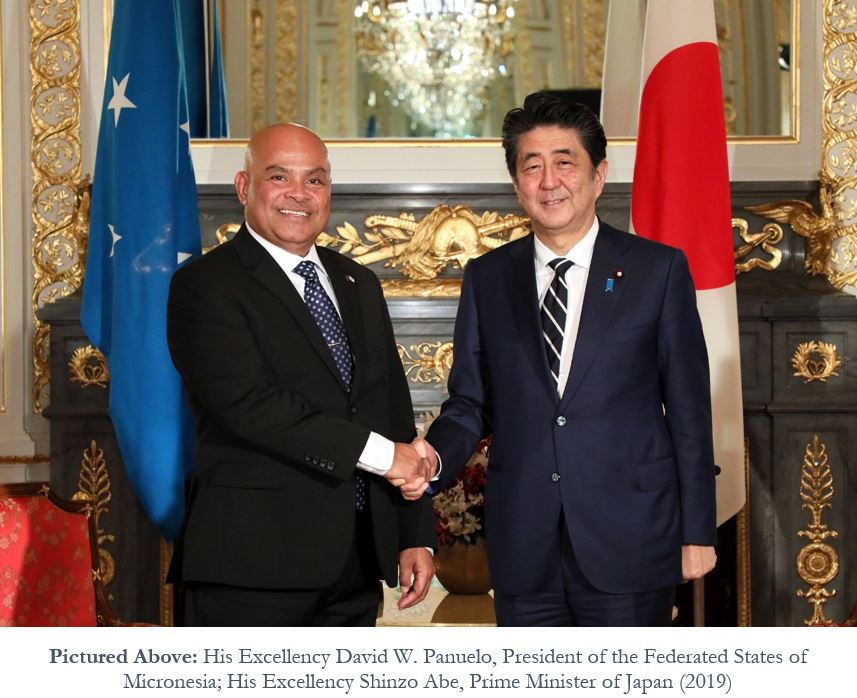 PALIKIR, Pohnpei—The People & Government of the Federated States of Micronesia (FSM) have a Kizuna (special bond) with the People & Government of Japan, formed over 100 years of people-to-people relations and formal diplomatic relations since August 5th, 1988. A significant minority of Micronesians have blood and romantic ties to Japan and its People, and the Government of Japan has a rich and profound history of providing genuinely meaningful and deeply appreciated development assistance to the FSM, ranging in scope from Japanese International Cooperation Agency (JICA) Volunteers and the development of mathematics curricula and tools to the construction of necessary infrastructure and the donation of passenger-cargo ships. Thus, when the FSM Government became aware of the untimely passing of former Prime Minister Shinzo Abe on July 8th, 2022, the Government felt compelled to declare its sadness and shock, to emphasize the FSM’s support to the People and Government of Japan in this time, and to re-pronounce the Nation’s commitments to a Free & Open Indo-Pacific.

Former Prime Minister Abe was a sincere friend to many in the FSM Government, including the contemporary President and former Presidents of the FSM, as well as Members of the FSM Congress. Prime Minister Abe showed a particular friendliness to FSM Government officials, regardless of their status or stature, and was unique among world leaders in ensuring that every person he encountered was received with a smile and a handshake. As the longest serving Prime Minister in the political history of Japan, Shinzo Abe had a disproportionate, and highly positive, impact on the lives of Micronesians.

The FSM Government is cognizant that former Prime Minister Abe was assassinated while giving a speech to provide his support for a political candidate. In this regard, the FSM Government pronounces its view that this unforgivable incident should not impact the democratic process, and emphasizes our Nation’s own commitment to democracy as the most impactful means of ensuring that the People are represented and heard.

The FSM Government is cognizant that former Prime Minister Abe was the original visionary behind the Strategy for a Free & Open Indo-Pacific. In this regard, the FSM Government publicly emphasizes its continued commitment to a Free & Open Indo-Pacific, which is essential for the continued peace, security, and stability of the Pacific in isolation and the World at large.

The FSM Government has previously pronounced its support for Japan to become a permanent member of the United Nations Security Council, which was reiterated at every in-person discussion between President David W. Panuelo and former Prime Minister Shinzo Abe. In this regard, the FSM Government again pronounces its view that Japan, as a democratic country committed to global peace and stability, and a beacon of innovation and leadership, ought to become a permanent member of a reformed United Nations Security Council.

The People & Government of the FSM extend their most profound condolences and sympathies to the People and Government of Japan, and Mrs. Abe and her family, during this time of bereavement, and will recall the memory of former Prime Minister Shinzo Abe by committing to strengthening the FSM-Japan Kizuna. 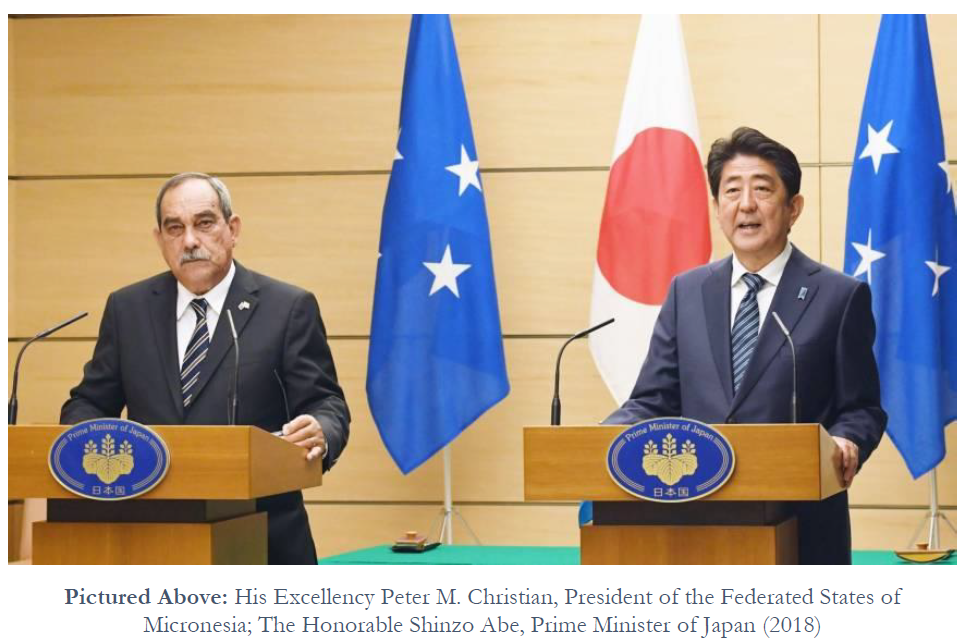 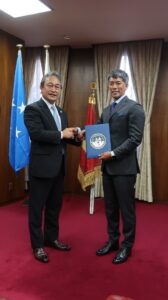 Tsunami Statement in the FSM

Message from the President to all FSM citizens in country and abroad, friends and partners